Austin Richard Post, known by his stage name Post Malone, was inspired to teach himself how to play guitar after falling into the Guitar Hero fad. Malone’s father was a DJ during his youth and introduced Post to many music genres ranging from hip-hop, country, and rock. He has described his music as genre-less as others have described it as a melting pot of the country, grunge, hip-hop, and R&B.

Post’s interest in music began in high school when he was in indie and metal bands, but his interest transitioned into hip-hop and rock, which influenced his first mixtape Young and After Them Riches, created using Audacity. Upon high school graduation, he enrolled at Tarrant Country College but dropped out shortly after to move to Los Angeles to pursue a music career.

Post Malone became a part of the music group BLCKVRD, which led to him connecting with producers 1st Down and Sauce Lord Rich of FKi Music and Rex Kudo, who helped Post product tracks including his debut smash hit White Iverson. The debut single reached one million views within a month on Soundcloud, gaining attention from record labels and celebrities. Within a few short months, Post signed with Republic Records, collaborated with artists like 50 Cent, Young Thug, and Kanye West, performed at Kylie Jenner’s 18th birthday party, and opened for Justin Bieber on his world tour. Both Stoney and Beerbongs & Bentleys have been certified platinum by the RIAA despite the numerous delays and singles Congratulations, Rockstar, and Psycho have all been highly successful on the Billboard Hot 100 charts. 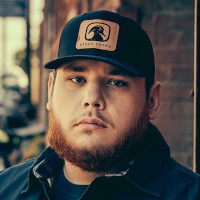 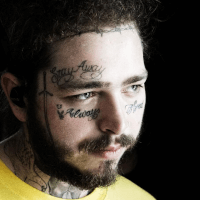 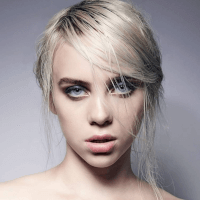